Incarcerated Rhythm (2018, 80-min, US)
​Incarcerated Rhythm is my feature directorial debut. The film focuses on the re-entry journey and the integration process of the men back into society. The film follows six men – Andre, Ali, Ray, David, Felix and Casper, during their first few years free after each spent over a decade learning modern dance in a federal prison in New York, the only program of its kind in the US. Now free, they have to navigate old relationships, secure a job, and decide whether to continue dancing or move on.

Synopsis
Six men who have been in prison for many years join a dance rehabilitation program that has never been tested before in the prison system. Upon their release, they discover that the “rhythm of freedom” is harder to find than the “rhythm of incarceration” 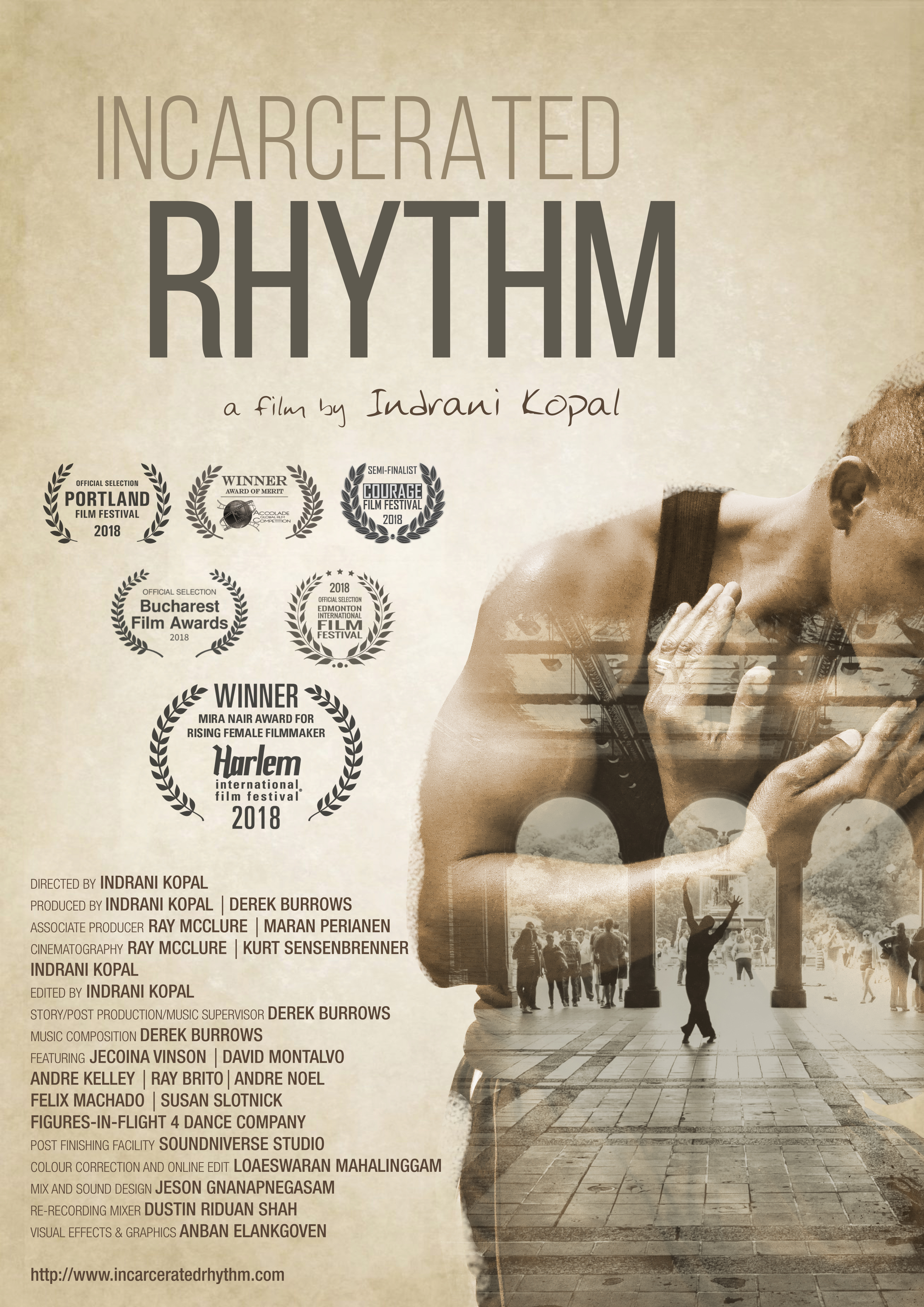